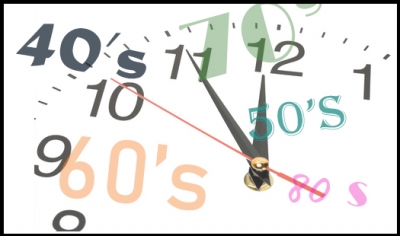 “This year Cole’s Puddings is celebrating eight decades of Christmas Pudding making in the heart of the Essex countryside. In 1939 when Mr A C Cole had a bakery in Saffron Walden it was customary for the town baker to use his kitchens to make traditional Christmas puddings for his local customers,” said Simon Hatcher Managing Director of Cole’s Puddings. “Today we continue the tradition of hand made quality puddings but we sell to a larger market of consumers in the UK and overseas.”

The 1940s marked the introduction of the Cole’s Classic Christmas Pudding from an original recipe used by Mr Cole for his traditional pudding where he included breadcrumbs from his own bread, a tradition that continues to this today. The addition of locally brewed premium ale and copious amounts of dried fruit ensures that this rich pudding has a light texture and distinctive flavour. The 1940s also marked an amazing event of international significance when U.S. Air Force pilot Chuck Yeager became the first person to break the sound barrier. We don’t need big bangs to enjoy a Christmas pudding, just the addition of a flaming brandy.

The next decade, the 1950s, was filled with music and gracious events that coincided with the introduction of Cole’s English Privilege Christmas Pudding made with the finest Scotch malt whisky, Madeira, Sherry and English ale. It was the time of rock ‘n’ roll bands with one of the great’s – Elvis Presley – launching his first album, his life may now appear privileged but his iconic performances are still appreciated by so many.

The Spherical Brandy Port & Walnut Christmas Pudding of the 1960’s couldn’t have been more appropriate as we were all marvelled at man’s first steps on the moon. This pudding replicates the style of round puddings from the past that were made in a cloth, Cole’s BP&W is presented in muslin cloth tied with red ribbon. The dark rich flavour comes from a combination of port with brandy, prunes, walnuts and apricots.

Brandy, a traditional ingredient for many rich puddings, is the key ingredient to the 1970’s Brandy Christmas Pudding the perfect end to a festive feast. Cole’s puddings are busy throughout the year ensuring that each pudding has time to mature before Christmas. The Universal Product Code (UPC) Barcodes were introduced and scanned for the first time in 26 June 1974, now every Cole’s product has a barcode that can be read in stores across the world.

Prawn Cocktails and Black Forest desserts topped the menu choices during the 1980’s and Cole’s replicated the dessert with their own Black Forest Christmas Pudding made with chocolate, glace cherries and kirsch. The stylish 80’s saw the Royal wedding of Charles and Diana, an opportunity for street parties and for people to share great food together.

The 1990’s were a time of celebration and the glitzy gold wrapped Champagne Christmas Pudding proved to be a tasty treat and a very acceptable festive gift. A very special pudding made with Marc de Champagne and Champagne. A bottle of champagne is the traditional finale at many sporting presentations and some will remember the spraying of champagne by Nigel Mansell following his success in winning the Formula One World Championship in 1992.

From the years of the Classic and the English Privilege we are now in the era of the Connoisseur Christmas Pudding in the 2000’s when the company introduced, a rich pudding infused with French Cognac. It was a great time for innovation in pudding making as well as technology with the launch of YouTube, a concept that went beyond people’s imagination that news of their activities could be shared in homes across the world. Cole’s have embraced this with a film of pudding making and pudding racing can be seen on:

Our current decade, the 2010’s, has seen an increasing interest in specialist dietary requirements. Cole’s now offer customers a Gluten Free Christmas Pudding which is gluten, nut, alcohol and dairy free. Available in two sizes 454g for families and 112g for individuals. In 2010 Cole’s joined the Wilkin & Sons family of businesses and after eight decades is still baking a range of Christmas and all year puddings for consumers and caterers.